Torrance garage doors need as much attention as anywhere else. Have you been maintaining your garage door properly? Nobody loves dropping wads of cash on unnecessary repairs. However, a broken garage door sets its own incentives. Had the door been maintained properly, it wouldn’t have broken. So, if you’d like to avoid those shoes, we’d recommend tuning them up regularly. That way, whenever you need to use them, they’ll always operate as they should.

Generally, for most maintenance plans, we’d say about every six months would be enough. Less than that would be too long between sessions, letting problems accumulate. Maintaining the garage tends to be simple.

Nevertheless, unless you inspect them often, surprises could pop up.

Sending someone, who has repaired garages before, to check on them twice a year should be more than enough. That way, even older garages won’t break down on you.

First, Someone Will Clean the Tracks So That They’re Spotless

Any time somebody inspects the garage, they’ll start by looking at its tracks. These seem to be where most problems begin. Dirt caked on in layers, grainy tracks cause a lot of friction.

That friction becomes quite a nuisance, getting inside anything mechanical.

Without cleaning the tracks frequently, such friction deteriorates your equipment. Replacements become much more frequent when you don’t clean the tracks.

After That, They’ll Align the Tracks, Preventing Any Shakiness

Besides clean rollers, your garage also needs a clear path to travel. Your tracks should have been properly aligned when they were first installed. Regardless, if you use them often enough, they’ll always start to move. Eventually, your track’s alignment won’t be correct anymore. Shakiness would be the most apparent indicator of misaligned tracks. Realigning your tracks should quiet things down again. 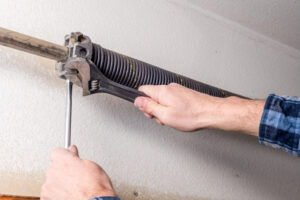 Anyone who has worked with garage motors understands how important maintenance can be. Even well-maintained motors only last for so long. At some point, you need to have them replaced.

To prolong their lifespan, find someone who can service them regularly. Most of the time, issues seem to stem from neglected components. Regularly maintaining them ought to lessen those issues.

Near the bottom of your garage door’s opening, at the base of their tracks, a pair of sensors detects whenever something crosses their path. As soon as that happens, your garage reverses motion, opening back up. These sensors seem to perform the jobs admirably most of the time. However, in some instances, they may start to malfunction. Then, each time you close the door, it’s almost as if the garage refuses to cooperate. Instead of closing easily, it’ll get nearly all the way there, only to open back up. Wipe off the sensors’ lenses, so anything disrupting their beams gets removed. Typically, that will get things working again. 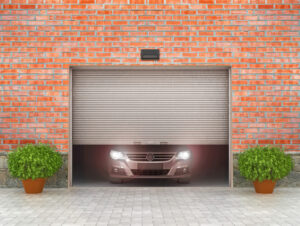 Dents and Scratches Could Get Buffed Out of Torrance Garage Doors

Other than practical concerns, the repairman also buffs out cosmetic damages. Has there been anything bothering you about how your garage looked lately? If so, working with someone who has experience with those issues could solve them.

For example, suppose whenever you close the door, you see a massive dent.

Wherever you see something like that, ask a professional for their opinion. They might tell you it’s a rather straightforward repair. Then, you wouldn’t have to worry about such cosmetic imperfections any longer.

Whenever the Door’s Springs Get Old, Someone Should Replace Them

Torsion Springs happen to be among the most important components of your garage. Without them, your motor wouldn’t have anything to connect to while lifting the door. Thus, unless these stay in good shape, your garage won’t operate for long.

Replacing them isn’t all that difficult, but you’ll want someone who has the experience to help.

Torsion springs are put under immense amounts of pressure, so they represent a potential hazard. Releasing the pressure too fast could result in them flying about the room. For that reason, we’d never recommend repairing them yourself. 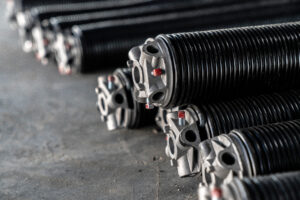 Whoever said a small crack at the bottom of your door isn’t a big deal happens to be a liar. Any cracks, whenever the door is closed, let air escape unimpeded.

Ultimately, if you let something like that go, you’ll notice the impact on your utility bill.

Speak to whoever is maintaining the door to ask them about readjusting its height. That way, any time you close it, it’ll close all the way, preventing any air leaks.

Finally, anyone who has been maintaining the garage ought to check its cables. These tend to last for a long time, but letting them wear out isn’t a good idea. They might snap and cause damage. Even newer cables could pose a threat. So, whenever you maintain the garage, don’t forget about them.

When to Call Precision Garage Doors

Getting regular inspections, along with routine maintenance, is essential for everyone’s safety. We can perform a 25-point garage safety inspection in Torrance to identify problems that may be occurring in different parts of your garage door’s operating system. We can get into tight spaces that are often difficult and dangerous to access when untrained professionals attempt to do so. Call a trained technician at 310-954-0917 or by filling out an online contact form for a free quote.